Beele • Press & Media • With FISSIC, Beele Engineering in Sealing Valley continues to build on the future

With FISSIC, Beele Engineering in Sealing Valley continues to build on the future

Aalten, The Netherlands, October 2019 – Only a few months after the first machines in Sealing Valley were commissioned, an entirely new mixing and filling line has now been put into operation as well. The line was specifically developed for one of Beele Engineering’s recent products: FISSIC coating.

FISSIC is a new, high-quality coating that provides for a high degree of fire resistance. Furthermore, the FISSIC coating can be applied to provide thermal protection of cable and pipe transits. The coating can be applied with a brush or spraying system. For applications where FISSIC is used for its insulating properties, a lower density version with improved insulating properties is also available.

The new filling and mixing line has a production capacity of about 2,500-2,750 litres per batch. The machine is used to fill standard 15-litre containers (approx 22 kg). Other quantities are available on request. The new line consists of a fill-up and intake unit, a mixer and a filling and dosing unit. Separate controls among other things ensure the FISSIC coating is accurately dosed.

Elaborate tests and practical trials have demonstrated the FISSIC coating’s high quality. The coating has been successfully tested for flame spread characteristics and toxicity. Bureau Veritas has issued the MED 39278/A0 EC certificate for the coating. Research by KIWA Nederland has demonstrated the product’s fire resistance and salt water resistance. Furthermore, the coating is gastight up to 30 mbar.

The start-up of FISSIC production represents a next step in the realisation of Sealing Valley, Beele Engineering’s Centre of Excellence for sealing technology. The Centre’s kick-off took place two years ago with initial production starting up six months ago. The construction of other components, such as office, training, education and demonstration areas is on schedule.

Now that the contours of a large part of the planned buildings are visible and the production hall is in use, the enormous size of the 45,000 m2 campus is also clearly visible. However, Sealing Valley will not only be impressive because of its size. In the recent past, a lot of effort has been devoted to expanding partnerships with other parties for accelerated innovation relating to fire safety and water tightness, and optimising field applications. 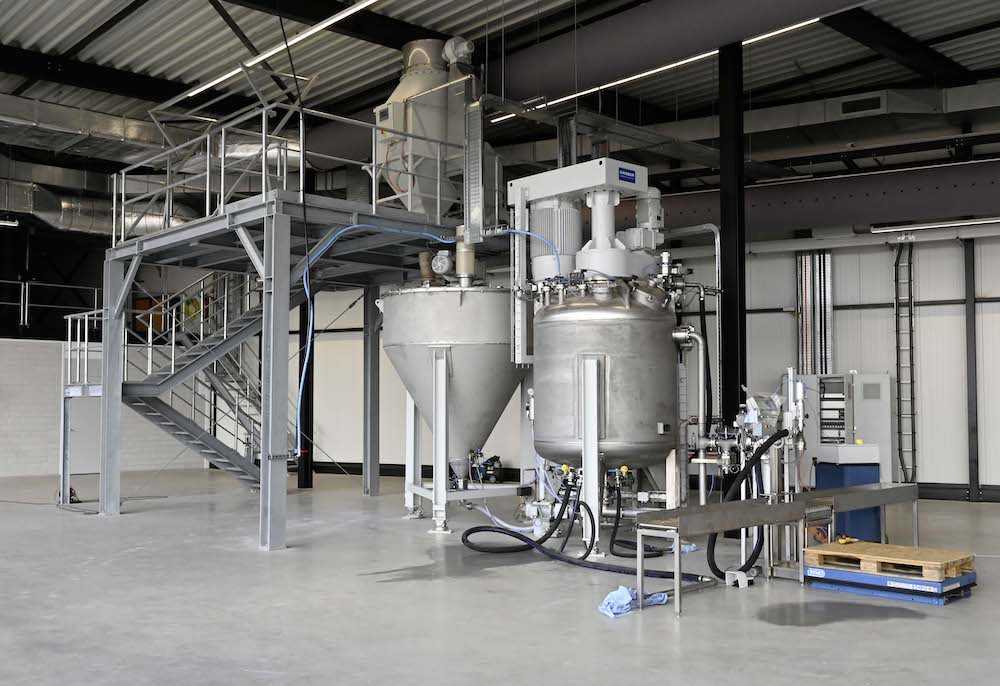 Whatever the situation: Beele Engineering has a solution!